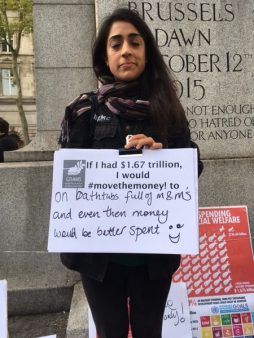 The current figures from SIPRI put global military spending at  $1686 billion in 2016, equivalent to 2.2 per cent of the global gross domestic product (GDP) or $227 per person.  Here you can find a full record of military spending since 1988.

The UK ranked fifth, and will spend £48 billion in 2017/2018.  The government protects the military budget, while subjecting vital public services to drastic spending cuts.

See below government spending for 2017-18 and full details here 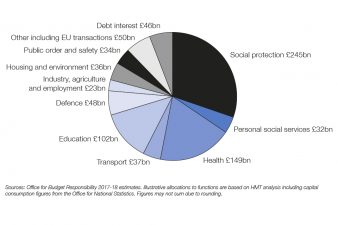 The UK ranks 2nd the in the SIPRI global arms sales list, with 9.6% of the global share.

For too long we have lived with the myth that high military spending maintains peace, creates jobs and combats terrorism. This myth is promoted by governments and by multinational arms companies who benefit from the global arms trade politically and economically. It prevents the money being spent on tackling real challenges such as relieving poverty, improving health, and protecting the environment. 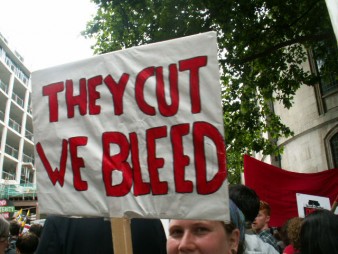 We come together now, as people concerned with peace, social justice and environmental justice, to call for a new approach to our common security that will tackle the real problems of our world; an approach which addresses the root causes of conflict, including environmental problems, inequality and access to resources. Military responses, with their real and hidden costs, do not help; they threaten human security.