The United Kingdom is the sixth highest military spender 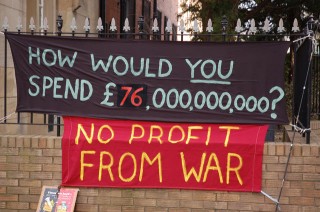 in the world with an annual budget of £45 billion announced in summer 2015. For the Global Day of Action 2016, we are asking people around the country how they would use that money to make the world safer. Vote now